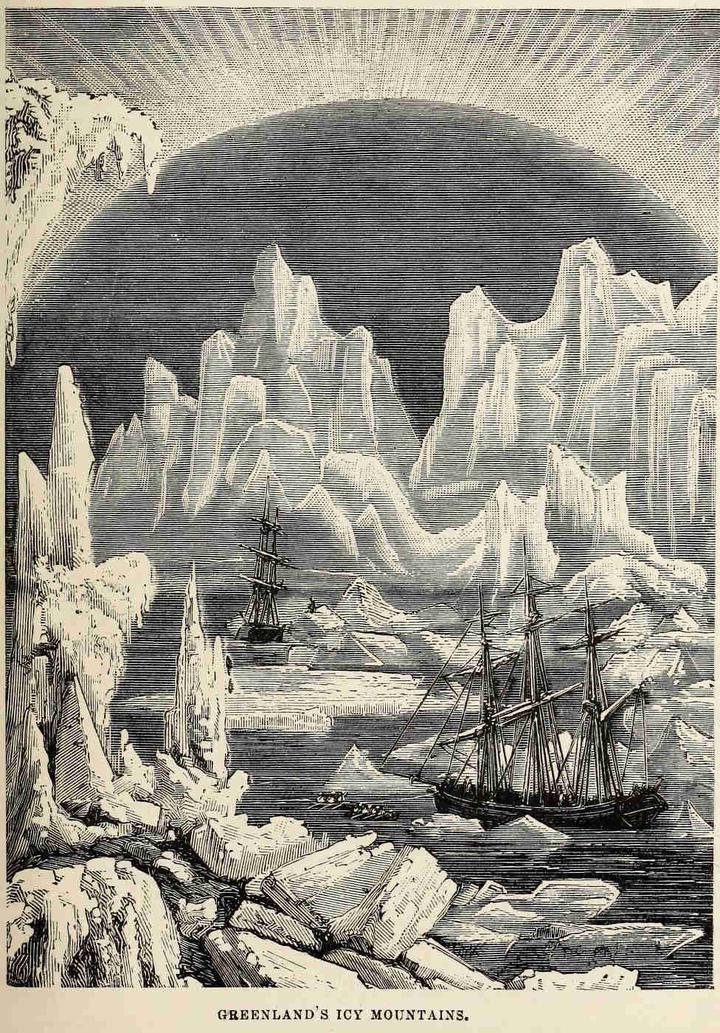 OF the fifty-nine elegant hymns written by Bishop Heber none are so widely known or so frequently sung as his missionary hymn. In 1819, a royal letter authorized collections to be taken in every church and chapel in England connected with the establishment, in furtherance of the Society for Propagating the Gospel.

Video of the Hymn

The Origin of “From Greenland’s Icy Mountains” 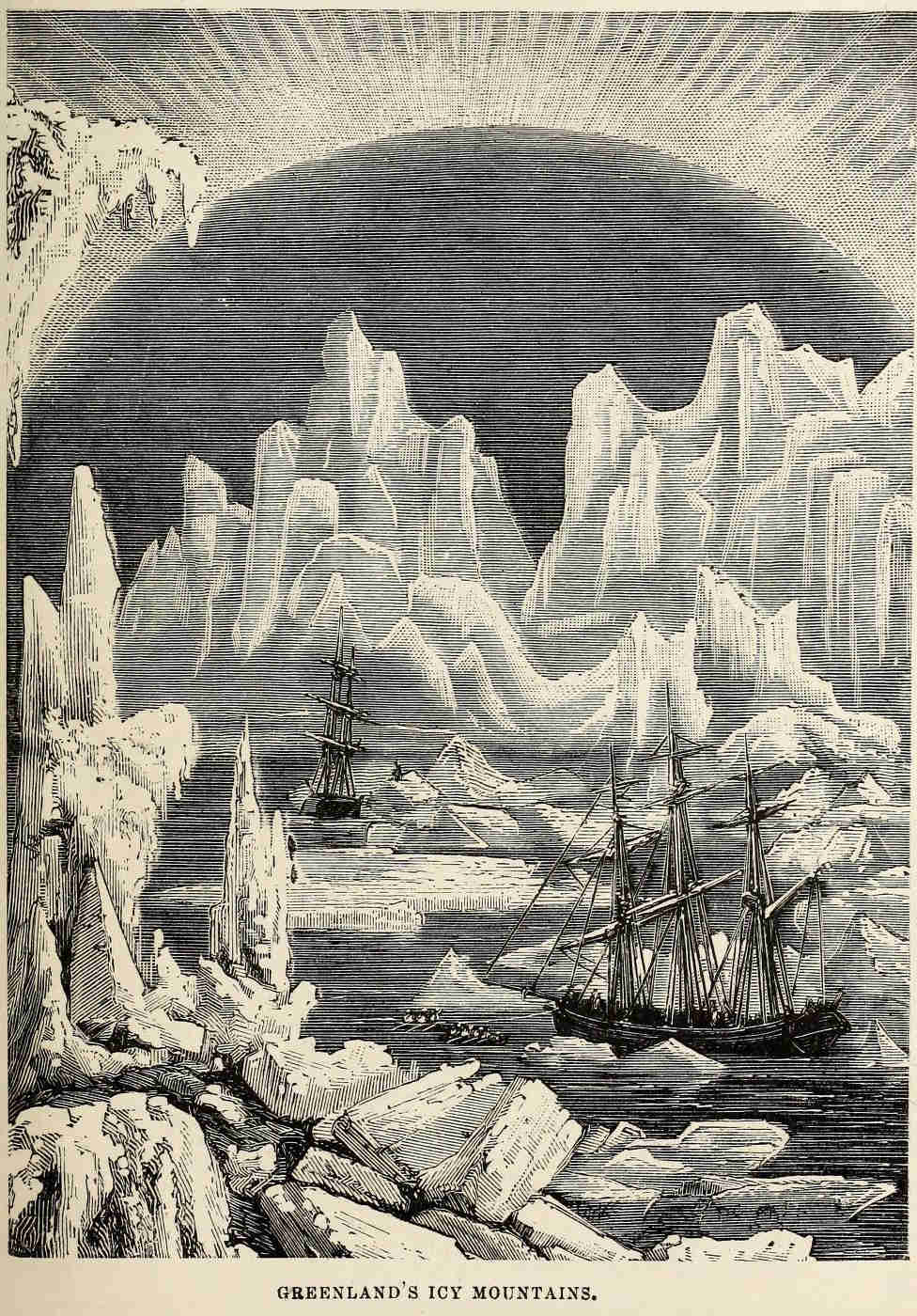 On the evening of Whitsunday, which was the day appointed for this purpose, Heber had engaged to deliver the first of a series of Sunday evening lectures, in the church at Wrexham, which was in charge of his father-in-law, the Rev. Dr. Shipley.

On the Saturday previous, as they were seated around the table in the parsonage, the Dean requested his son-in-law to write something for them to sing in the morning, that would be suitable to the missionary service. Heber at once retired from the circle of friends to a corner of the room.

After a while his father-in-law inquired, “What have you written?” Heber then read the first three verses, which he had already produced. “There, that will do very well,” said the Dean. “No, — no,” said Heber, “the sense is not complete.” Accordingly he added the fourth verse, commencing: —

Next morning it was sung in the church at Wrexham, and soon after was caught up as the grand missionary hymn of the church universal, reaching “from pole to pole.” The Rev. Dr. Raffles was in possession of the original manuscript, from which it is seen that so accurately was it written at first that he had occasion to alter but one word.

About the Hymn Writer, Reginald Heber 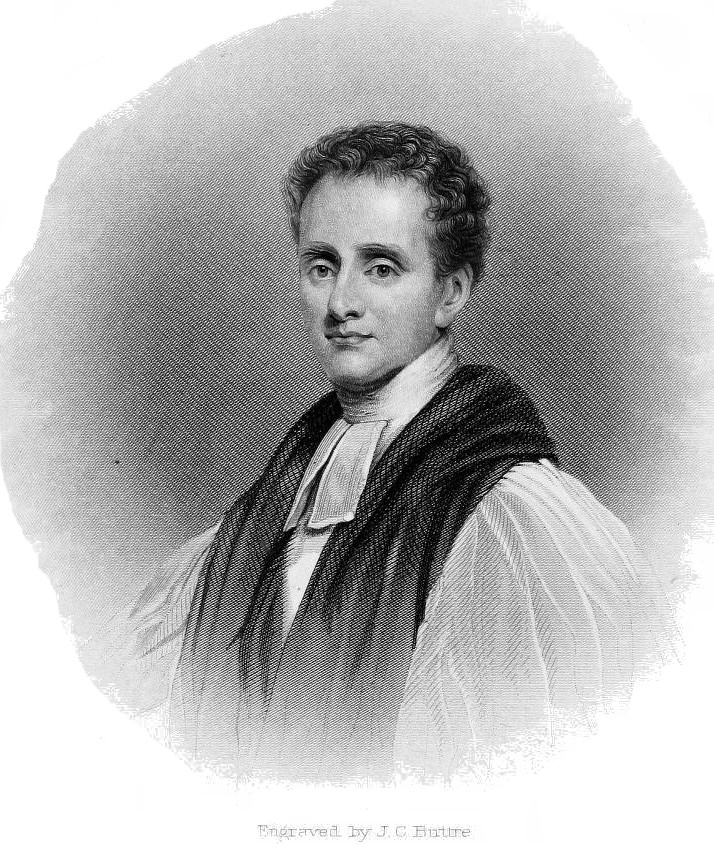 REGINALD HEBER, D. D., was born April 21, 1783, at Malpas, England. His father had the same name, and was rector of the Episcopal church at that place. Like many other hymnists, he began to display piety and talent from early childhood. He could not only read his Bible with fluency when but five years of age, but was already so familiar with its contents, that when his father, with some friends, were discussing as to the book where a particular passage could be found, they turned to little Reginald for information, when he at once named both the book and chapter.

Hearing the conundrum asked one day: “Where was Moses when the candle went out?” he answered at once, “On Mount Nebo, for there he died, and it may be said that his lamp of life went out. "

At seven years of age he was already so proficient in Latin that he translated Phaedrus into English verse.

While at grammar school in his eight year, he became so absorbed in his studies that, receiving a new book, he was so completely “abstracted in it that he was not in the least aware of a ‘barring out,’ which, with all its accompanying noise and confusion, had been going on for a couple of hours around him, and of which he became conscious as the increasing darkness forced him to lay down his book. Well did his brother say, “Reginald did more than read books, he devoured them.”

His heart was naturally so benevolent that while on a journey to his boarding school, he became so affected by the story of a poor man, that he gave away all he had, so that afterwards they found it “necessary to sew the bank notes, given him for his half year’s pocket money in school, in the lining of his pockets, that he might not give them away in charity on the road.”

When about fourteen years old he begged permission of his mother to unite with her in partaking of the sacrament of the Lord’s supper on the the following Sabbath, to which his happy mother consented with tears of joy and affection.

He entered college in 1800, and in the following year gained a prize for a poem on The Commencement of the New Century. After this followed another prize poem on “Palestine.” The reading of this called forth great applause.

Miss Jermyn refers thus to his father who, as an eyewitness, was greatly moved by the occasion: —

After witnessing the hearty applause of an enraptured audience, Heber withdrew from the scene, and for some time could not be found by his anxious mother. At length to her surprise and joy, she came across him in his private chamber, where he was seen upon bended knees, laying his trophies at Jesus' feet.

After entering the ministry of the Episcopal church, he became rector of Hodnet, in Shropshire in 1807.

Improvement in church singing was among his first efforts. Writing to his friend Thornton, he says, “My Psalm-singing continues bad. Can you tell me where I can purchase Cowper’s Olney Hymns, to put in the seats? Some of them I admire much, and any novelty is likely to become a favorite, and draw more people to join in singing. "

After sixteen years of pastoral labors, he accepted of an appointment to go to —

The diocese, committed to his hands as bishop, extended over more than the whole of India. His excessive labors sank him to the grave in three short years.

At the close of a busy day’s work, he entered a bath, where his exhausted frame was soon afterwards found a corpse. This took place at Trichinopoly, April 2, 1826.

At his funeral the road was crowded by heathen and Christian natives, who, by many tears and sobs, attested their heart-felt appreciation of his services. His remains rest amid the “coral strand,” —

A monument was erected by his friends in Ceylon, in memory of his labors in this island as on the peninsula. So that his name is also embalmed amid “the spicy breezes” that —

There was a time when he could say, as he listened to the “joyful sound” from a great multitude of Christianized heathen voices, —

At a Tamil service at Tangore, which was attended by thirteen hundred native Christians, the bishop was greatly moved as he heard so many but lately rescued from the pollution of their heathen idolatry, now joining in singing the sentiments of the 100th psalm: —

Said he, “For the last ten years I have longed to witness a scene like this, but the reality exceeds all my expectation. Gladly would I exchange years of common life for one such day as this.”

Heber’s Hymn – “Thou art gone to the grave.”

IN the biography of Bishop Heber it is said: “The loss of their only child was long and severely felt by Mr. and Mrs. Heber; her father could never think of or name her without tears; and his private devotions generally concluded with an earnest prayer that he might, at his last hour, be found worthy to rejoin his departed child. To the feelings which this bereavement occasioned may be traced the production of the following lines: —

Heber was characterized by great tenderness of heart. He says in a letter to a friend, that owing to his eyes being so blinded with tears, it took him two days to pen the lines that tell of the departure of his sainted father, of whose end he says: “A smile sat on the pale countenance, and his eyes sparkled brighter than I ever saw them. From this time he spoke but little; his lips moved, and his eyes were raised upwards. He blessed us again, we kissed him, and found his lips cold and breathless.

The vessel that took him to India had a detachment of invalid soldiers on board. For their salvation he labored so faithfully that they exclaimed, “Only think of such a great man as the bishop coming between decks to pray with such poor fellows as we are. Then again he opened his heart of sympathy to an afflicted mother, whose child had just been buried in an ocean-grave. “At intervals,” says a witness, “I hear him weeping and praying for her in his own cabin. I have never seen such tenderness.”

The content of this post is taken from Edwin Long’s Illustrated History of Hymns and Authors, published 1875.
Heber Missions Video Hymn