The Story of Lady Huntingdon and Her Famous Hymn 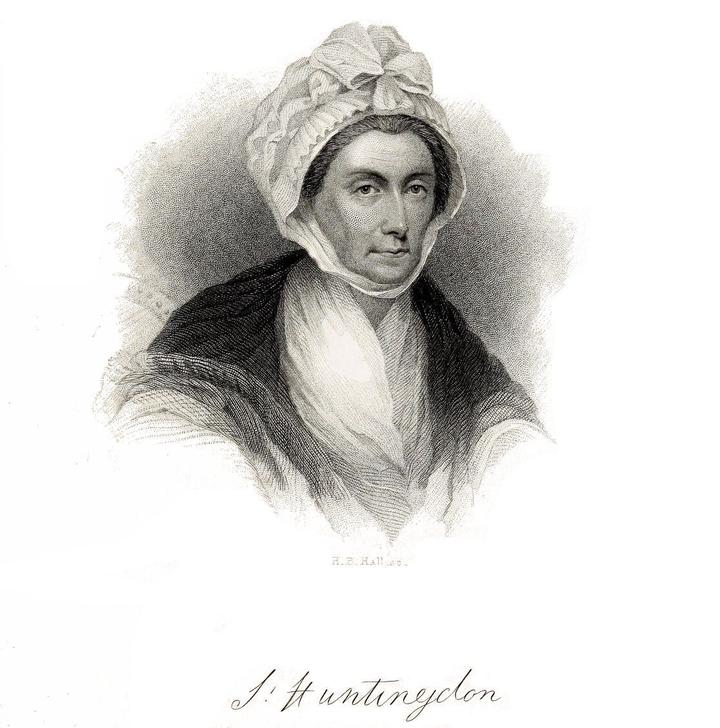 When Thou, My Righteous Judge Shalt Come.

Lady Huntingdon not only left to the world one of the brightest examples of a life wholly consecrated to Christ, but also the above hymn, that has been echoing in the praises of the sanctuary for over a century. Her soul was first awakened to realize its destiny and danger while attending the funeral of a playmate, when but nine years of age.

The sights and sounds of that day left an impress that the bright future, that gilded her girlhood days, could not dispel. Often would she visit that glassy mound of her departed friend, and then steal away to the little closet, to pour out her soul in earnest supplication, and ponder over the questions which, in later years, she so vividly expressed in her hymn: —

Video - “When Thou My Righteous Judge Shall Come” Hymn 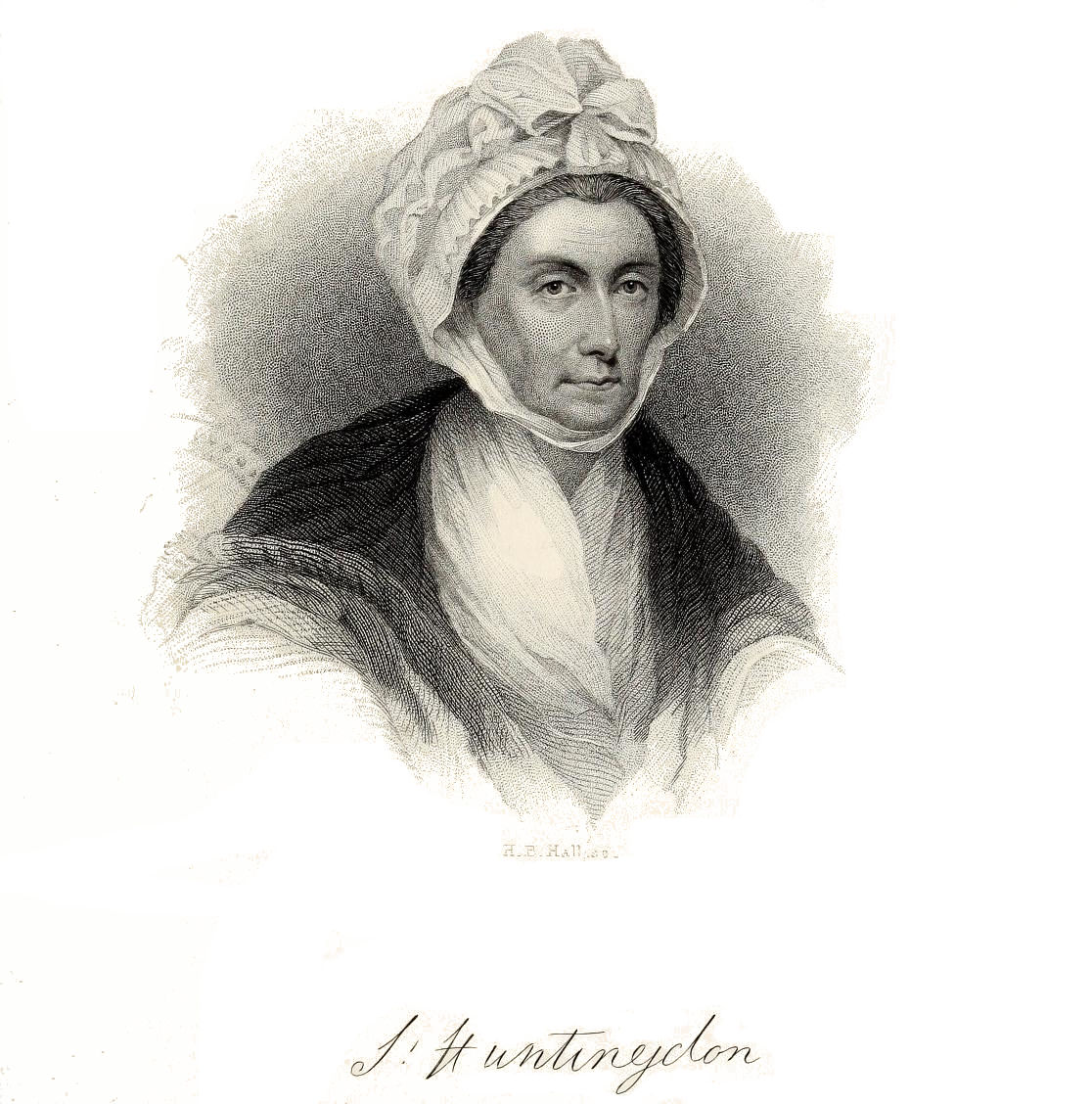 This sketch is taken from Edwin Long’s Illustrated History of Hymns and Authors, published 1875.

When twenty-one years of age, she was married to Theophilus Hastings, Earl of Huntingdon, and introduced to all the splendors and excitements of high English life.

This marriage brought her into contact with her sister-in-law, Lady Margaret Hastings, who, one day remarked that, since she had known and believed in the Lord Jesus Christ for life and salvation, she had been as happy as an angel.

This testimony stirred again the depths of her soul. Her early convictions and fear of death now returned, and so disturbed her bodily health, that she was thrown upon a sick bed, and for some time seemed fast tending towards the grave. At length, she was enabled to lift up her cry to God as afterwards repeated in her hymn, —

when in a glad moment the sound of peace and pardon echoed through her soul, her bodily disease at the same time took a favorable turn, and she was in a double sense “a new creature.”

Writing to Charles Wesley she says, “How solid is the peace, and how divine the joy that springs from an assurance that we are united to the Saviour by a living faith. Blessed be his name. I have an abiding sense of his presence with me, notwithstanding the weakness and unworthiness I feel, and an intense desire that he may be glorified in the salvation of souls.”

Among the many evidences of this intense desire we may mention the following. A workman who was repairing her garden wall she earnestly urged to take some thought concerning eternity and the state of his soul. Years afterwards speaking to another upon the same subject, she said, “Thomas, I fear you never pray, or look to Christ for salvation.

“Your ladyship is mistaken,” replied the man; “I heard what passed between you and James at the garden wall, and the word you meant for him took effect on me.”

“I heard it,” Thomas answered, “on the other side of the garden, through a hole in the wall, and I shall never forget the impression I received.”

One day at court, the then Prince of Wales asked, “Where is my Lady Huntingdon, that she is so seldom here?”

A Lady of fashion replied with a sneer, “I suppose praying with her beggars.” The prince shook his head, saying,

“When I am dying, I think I shall be happy to seize the skirt of Lady Huntingdon’s mantle, to carry me up with her to heaven,” thus expressing the sentiment contained in her hymn, —

In her preface to her hymns she says, “And now, reader, it is neither your approbation of these hymns nor the objections you can make to them that is the material point; you are a creature of a day, and your heart, with trembling, often tells you this truth. Look well then, for a refuge from the sins of your life past, and from the just fears of death and judgment fast approaching. This is the grand point which lieth altogether between God and thy own soul. And be assured that nothing can bring comfort in life or death to thee, a sinner (and such thou now standest before God) but a Saviour so full and complete as Jesus is found to be.”

Mr. Miller says, “Although the Countess was not much known as a hymn-writer, yet it is proved beyond doubt that she was the author of a few hymns of great excellence.” Her collection for use in her chapels amounted to 317 hymns, in the fourth edition of which appeared the one referred to before, beginning,

Originally it formed a second part of a piece on the Judgment Day, which is preceded by a first part, that commenced: —

“When I gave myself to the Lord,” said she, “I likewise devoted to him all my fortune.” This for most of her life amounted to an income of about sixty thousand dollars a year, and when these means did not reach all her demands she sold her jewelry which she laid aside, when she found the pearl of great price. For these she realized nearly thirty-five hundred dollars, with which she built a chapel near her residence.

This was the beginning of her life work of erecting chapels by means of which she sought to reach the perishing masses. She assisted, and associated with Watts, the Wesleys, Whitefield, Berridge, Romaine, Toplady, Doddridge and others whose names became so luminous in the history of the great awakening of the eighteenth century. At the time of her death her chapels numbered sixty-seven. To provide ministers for these she founded an Institution at her own expense, at Trevecca, South Wales, which was dedicated by Whitefield on the sixty-first anniversary of her birth day. It was not her intention to leave the Established Church but found it necessary after ecclesiastical proceedings were brought against her ministers. Shortly before her death the Connection was formed which continues to bear her name. In 1792 her college was removed to Cheshunt, where it has been flourishing ever since. She knew by sweet experience what it was

With Shouts of Sovereign Grace

As she approached the end of life’s journey there seemed to be sunset glories that gilded the horizon; coming from her chamber one morning, her countenance lit up with unusual joy she said, “the Lord hath been present with my spirit this morning in a remarkable manner, what he means to convey to my mind I know not; it may be my approaching departure, my soul is filled with glory — I am as in the element of heaven itself.”

Soon after, the breaking of a blood vessel was the means of loosening life’s silver cord that held her to earth, and thus in her eighty-fourth year she peacefully passed to those mansions, where, as she says in the closing verse of her hymn: —

…Blotted out with Tobacco Smoke

An old lady, who was an inveterate smoker, had a dream one night, in which she thought, as she stood before the great white throne and the books were opened, her name could not be found in the book of life.

Feeling sure that it was there, she entreated that it might be searched for again. As the keen eye of the Judge went up and down the list, he said, to her amazement, “It cannot be found.” With great agony she begged that he might but look through the book again; when, after a while, she was told, “Yes, here it is at the corner of a page, but it is hard to find, as it is covered over, and nearly blotted out with tobacco smoke.”

This so alarmed her, that she awoke from the dream, and, as she feared that by persisting in sending up her smoke, it might entirely obscure her name, she threw away her pipe. Afterward she could calmly join in singing the second verse of Lady Huntingdon’s hymn: —

Dr. Lowell Mason relates a sad “fix” they were in while he was acting as organist and leader of the singing, at the Bowdoin St. Church, Boston. He says, “The whole hymn was first read by the minister, and then, just before the singing-exercise commenced, the direction was given, ‘Omit the second stanza.’ The following are the first three stanzas, and the connection between the first and third stanzas will be seen:

“The organist did not perceive the fearful connection between the first and third stanzas until a moment before it was time to commence the latter, when, startled and terrified, he cried out, ‘Sing the second stanza!’ just in time to avoid the utterance of the frightful petition.”

“Warm were the thanks expressed by members of the congregation after the service for their deliverance from the terrible moral collision with which they were threatened.”