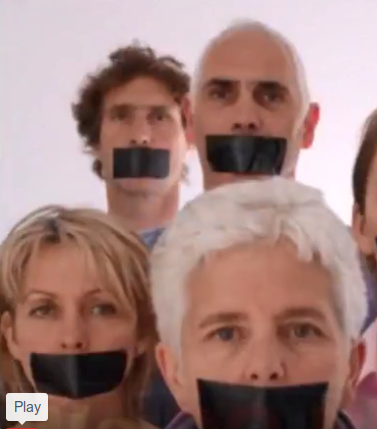 Some people have said that if there is a mandatory Covid vaccine, it will be their “line in the sand” moment. For the non-native English speakers, this expression means a dividing point, beyond which some people will not go.

Could it really be true that a free people would consent to such a dangerous and untested thing?

It’s hard for me to believe that anyone would still be getting flu shots, knowing their terrible track record and the open lies associated with them. But they do.

It’s hard for me to believe that people still don’t understand or believe about weather manipulation, which has been going on openly since before the Vietnam war. All a person has to do is to look at the sky at daybreak, and then look again at lunchtime. But no one will.

It’s hard for me to believe that people would let anyone force their way into their homes to perform unwanted medical procedures. Such is a violation of the castle principle which has been a foundation of English and American law and goes back to the Roman Empire. But after seeing 95% of the people in my neighborhood wearing masks even to take out the garbage, it’s clear the fear of not conforming with the world has become so great that Christians and most everyone else will quietly open their doors to the government “Contact Tracers”.

In the American Civil War, it was said that brother fought against brother. In America 2021 when the “second wave” of Covid comes, which side will you be on?

Will you turn in your brother, your sister, your neighbor — for their own good — because “we’re all in it together?”

We Do Not Consent

This short poem comes from a Christian man, RitchieInBoston. Don’t know much about him, but agree with much in his short video. I hope you will watch and ponder.

And with all deceivableness of unrighteousness in them that perish; because they received not the love of the truth, that they might be saved. And for this cause God shall send them strong delusion, that they should believe a lie: That they all might be damned who believed not the truth, but had pleasure in unrighteousness. (2 Thessalonians 2:10-12)