When did God make the angels? 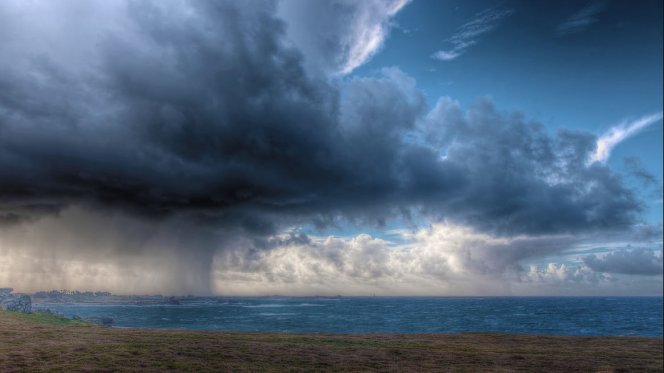 Angels are spirits made by God. The Bible does not come out and clearly answer when angels were created, but suggests the answer in Psalm 104, Genesis 1, and Genesis 3."

Finding the answers to questions like this one about angels requires humility and a little digging in the Scriptures. God gave us the Old and New Testaments so that we might know God and understand ourselves and the world around us.

The secret things belong unto the LORD our God: but those things which are revealed belong unto us and to our children for ever, that we may do all the words of this law. (Deuteronomy 29:29)

When did God make the angels?

God gives us the strongest information about the making of the angels in Psalm 104:

1 Bless the LORD, O my soul. O LORD my God, thou art very great; >thou art clothed with honour and majesty.
2 Who coverest thyself with light as with a garment: who retchest >out the heavens like a curtain:
3 Who layeth the beams of his chambers in the waters: who maketh e >clouds his chariot: who walketh upon the wings of the wind:
4 Who maketh his angels spirits; his ministers a flaming fire: 5 >Who laid the foundations of the earth, that it should not be moved >for ever.
6 Thou coveredst it with the deep as with a garment: the waters ood above the mountains.\

The first thing we learn from this passage is that God did in fact create the angels. Verse 4 says that angels are created spirit beings akin to flames of fire.

God created the heavens first (verse 2), then God made the angels, and after that laid the foundations of the earth (verse 5).

Genesis and the creation of the angels

The foundation of our knowledge comes from the book of Genesis. Its history starts In the beginning. Since angels are created spirits, we know that they must have been created after the beginning, and so sometime in the history Genesis relates.

God made the heavens on day 2

God made the earth on day 3

And God said, Let the waters under the heaven be gathered together unto one place, and let the dry land appear: and it was so. And God called the dry land Earth; and the gathering together of the waters called he Seas: and God saw that it was good. And God said, Let the earth bring forth grass, the herb yielding seed, and the fruit tree yielding fruit after his kind, whose seed is in itself, upon the earth: and it was so. And the earth brought forth grass, and herb yielding seed after his kind, and the tree yielding fruit, whose seed was in itself, after his kind: and God saw that it was good. And the evening and the morning were the third day. (Genesis 1.9-13)

Genesis states that heaven was created on day 2, and the earth on day 3.

The book of Genesis introduces angels in chapter 3, verse 1:

Something strange is happening here. You might say, This is talking about a serpent, not an angel. But the serpent is a physical animal, a beast of the field. He was created on day 6 (Genesis 1.24-2). God pronounced all the beasts of the field good. Yet this one is violating God’s moral order by lying. How can this be?

The best explanation is that this animal is operating under the control or possession of an angel. We discover later that the angel was Satan, commonly referred to by his modern day followers as Lucifer. The ultimate result was the fall of man, also known as original sin.

Angels are spirits made by God. The Bible does not come out and clearly answer, when did God make the angels? However, there is enough evidence provided to suggest that God made the angels either on the second day after He created Heaven or on the third day before He created the earth.