Cynicism against the good 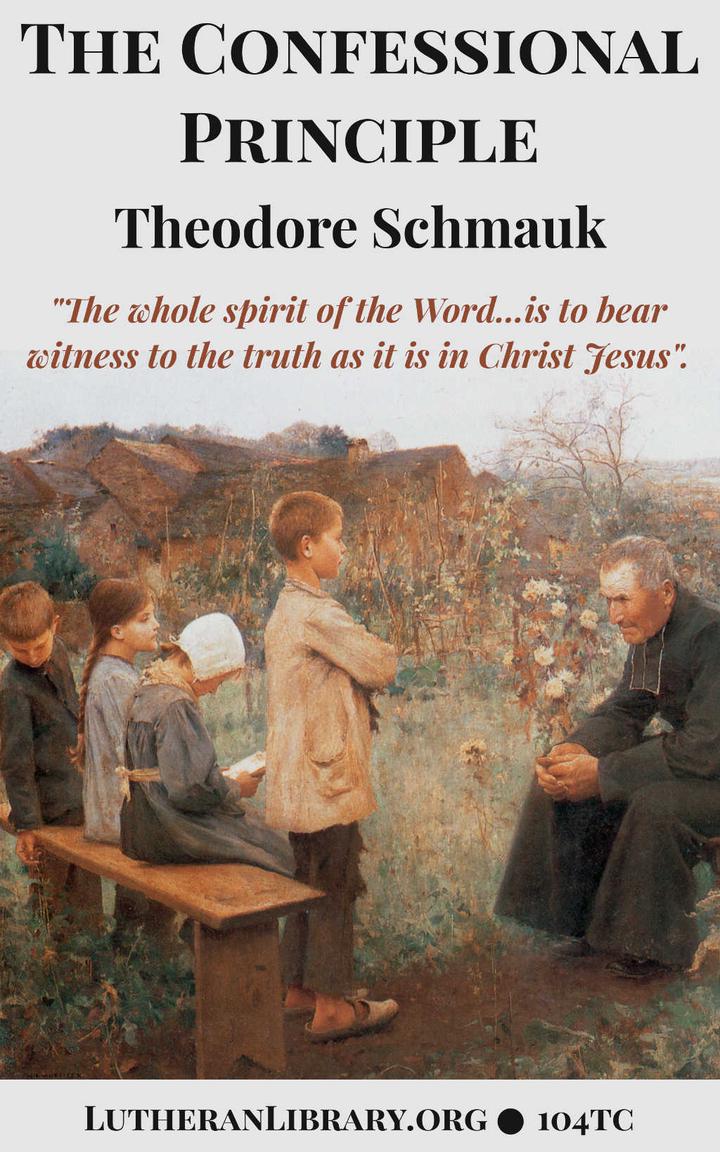 “In our own country, George Washington has been written down to the level of a common, coarse, and unworthy humanity. Cheap side-lights thrown upon the framing of the Declaration of Independence and the Constitution of the United States…”

“As is the case with every other noble work of God and every other noble product of time, it is possible to write down the Augsburg Confession to the level of a mere historical document, transient and temporary, and filled with the imperfections, the lower motives, and the ambiguities of its occasion. But this attempt, like that of all similar effort to weaken and disfigure the great and authoritative monuments and abiding instruments of the race, such instruments as the Magna Carta, the American Declaration of Independence, by overlooking the permanency and overestimating the occasional character of their causes, is a historical perversion.

The attempt to drag down and cheapen the great Confessional standards of our faith, by pointing out and emphasizing the human passions and motives that may have animated the men who were active in their formation, by elaborating and laying stress on the incidental occasions, which, in the hand of Providence, are often slight and minor or even unworthy, instead of upon the real underlying cause; and by surrounding the real standard of Truth attained and confessed, with the great multitude of inferior, unfinished and unsuccessful propositions, and the counterfeits, which nearly always swarm round about a genuine and great work of truth, is not a worthy one, and is not writing history in the true sense of the term.

This attempt has been made against every standard of historical greatness. In our own country, George Washington has been written down to the level of a common, coarse, and unworthy humanity. Cheap side-lights thrown upon the framing of the Declaration of Independence and the Constitution of the United States often have set these instruments in the glare of an unworthy and common-place coloring. The attempt has been made to reduce the divinity of our Lord to an elevated humanity by gathering round about Him great men, e. g., the religious founders of a hoary orient, who apparently stand forth as His equals. The same attempt has been made to write down the history of Israel and its religion to the level of the other ethnic communities around it. The Sermon on the Mount itself, has, according to these depreciators, been proven to be no more than a chrestomathy1 of the choicest sayings of pagan antiquity.

In any sphere, it is nearly always possible, by judicious selection, to raise up a multitude of the second best and the counterfeit productions of a people or a religion in such a way as to disparage, and apparently to take away the supremacy of the original. For the original, despite its greatness, its truth and its purity, cannot escape, so long as it is in this world, showing some contact with the sin and weakness of human nature.

But the great question in deciding on the real merits of an acknowledged standard is not how far it can be weakened down, or how near it comes in certain points to its inferiors. To attempt to show this is not in accord with a true historical method, but is essentially the method of skepticism, used for purposes of undermining faith in that which is really good. The question is not whether the foundation is covered with the shifting sands of time, or is strewn with the defective spawls2 and rejected boulders of the workshop, but the question is whether, beneath all these, the real solid rock is still standing. The effort to level and destroy men’s faith in the Word of God, in miracle, in the Person of Christ, in the Lord’s Supper, in the great and wholesome political, historical, or Confessional foundations of the past is at the very least pessimistic, and owes its origin to something outside of genuine Faith.

If the comparative method is to be applied to the Augsburg Confession and the Symbols of the Church, let it bring forth the clear distinction between the genuine Confession and the defective compromises that were constantly being put forth by wavering confessors within the Church.

He is a poor interpreter of pure art who would set up the perfectly chiseled and immortal statue amid the partly hewn and rejected blocks that had been its companions previous to its completion; and would strew it over with the chips and the dust which had fallen from it in the sculptor’s shop, and would say to us: See, it is no more and no better than the varied and motley stones from which it has sprung. 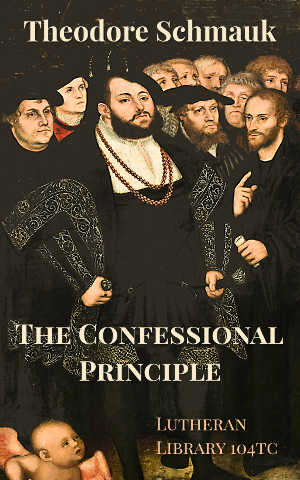