Alfred Kinsey and the Children Of Table 34

The theory of childhood sexuality advanced by Alfred Kinsey’s sex researchers has shaped how and when sex education is taught in the United States. It has also influenced the laws against sexual molestation.

Alfred Kinsey was a zoologist, most famous for his sex research in the 1940’s. What is less well known is his use of known pedophiles in his experiments with children. There is evidence to suggest that Kinsey’s scientific research into child sexuality was actually molestation. 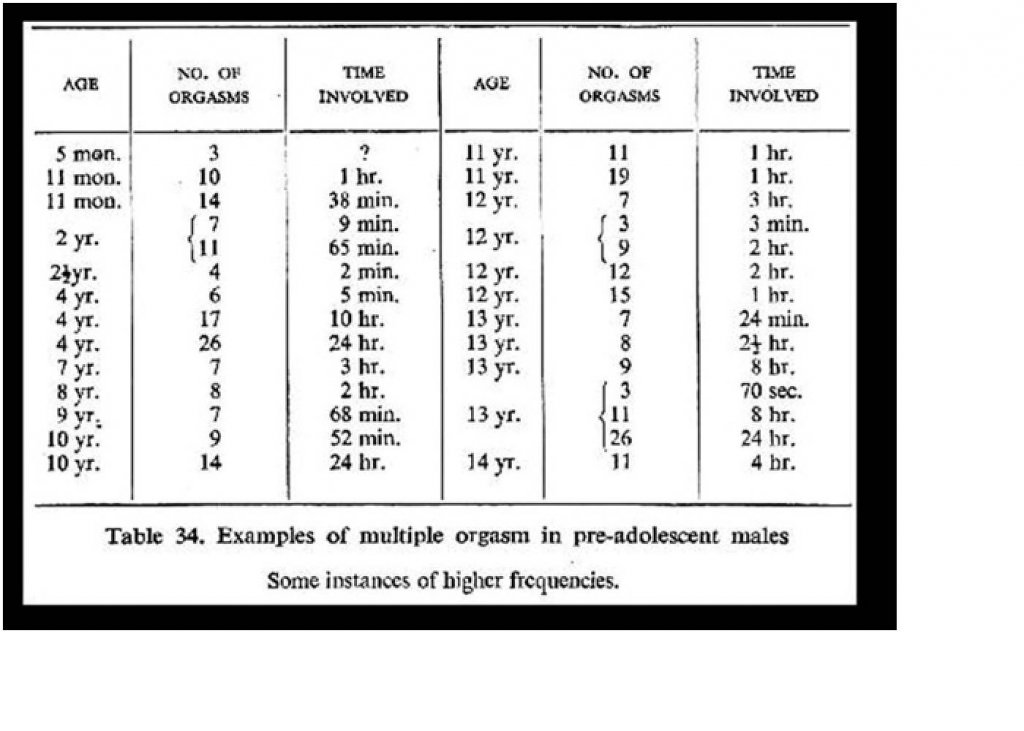 The legend beneath the table (34) says, ‘timed with a second hand or stopwatch’

Dr Judith Reisman documented the abuse of more than 300 infants and children in the production of Alfred Kinsey’s research. These kids were aged from 2 months to 15 years. She asks:

How did they (Kinsey and his staff) get the record of 26 orgasms in 24 hours for a 4 year old? -Dr Judith Reisman

The illegality of Kinsey’s child research

Pat Trueman is a former US Attorney for the US Justice Department’s Child Exploitation and Obscenity Unit. Trueman says, If these experiments took place, they involved acts to which no child could provide consent and for which no parent or guardian could provide consent on behalf of the child. Therefore we are talking about criminal behavior, the criminal sexual abuse of children.

And when I try to explain this to colleagues in the type of science I’m involved with in what I call the harder sciences of biology or medicine, statistics, immunology, they do not believe what I’m trying to tell them. And the only way I can convince them of the truth of this is to go to the library, pull off the shelf of Alfred Kinsey’s books and show them what is inside. And it’s quite shocking. 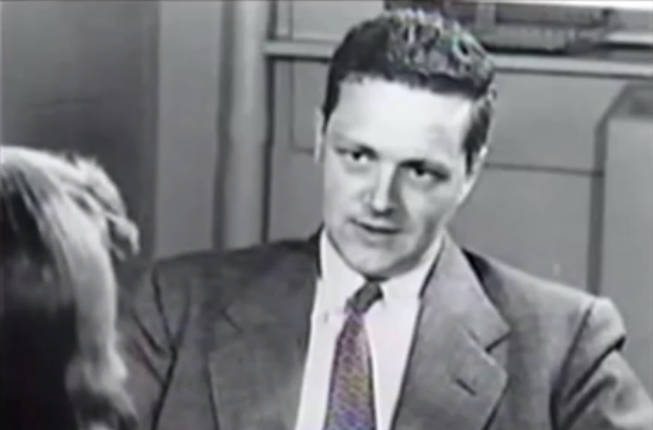 The theory of childhood sexuality advanced by Alfred Kinsey’s sex researchers has shaped how and when sex education is taught in the United States. It has also influenced the laws against sexual molestation.

(Kinsey) provided the “scientific” basis for (pedophilia). He felt the main problem with adult-child sexual relations was hysteria and over-reaction on the part of parents and authorities.

His co-author Wardell Pomeroy, a prominent sexologist has written that the Kinsey research uncovered, “many beautiful and satisfying relationships between fathers and daughters.” Pomeroy also in his sex-education book “Boys and Sex” refers to the possibility of “loving sexual relationships between children and animals”. -Gordon Muir, MD

Who was Mary Calderone?

Working with the Kinsey team was Mary Calderone, medical director of the Planned Parenthood Federation of America from 1953 to 1964. She later founded the Sex Information and Educational Council of the United States. 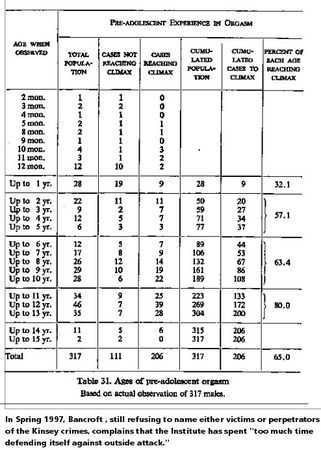 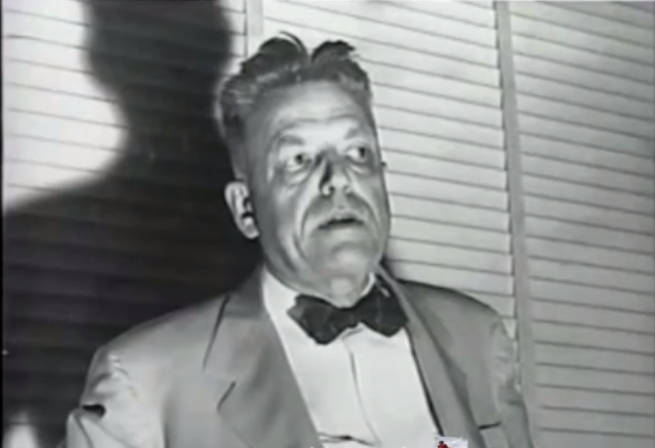 Video: The children of table 34

This short documentary explains how Alfred Kinsey’s research was based on the illegal sexual abuse of children.